Brainstorm of a G1 nature.

A year or so ago, I managed to gain another one of the beloved HeadMasters.  I have loved this concept since the day I got my grubby kiddy hands on Mindwipe.  Slowly but surely I am getting a few more toys that feature this gimmick and here I have a few shots of Brainstorm, one that I have wanted over the others for a while now. 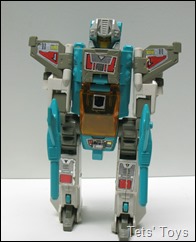 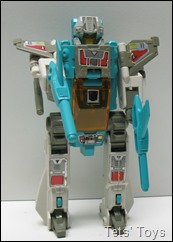 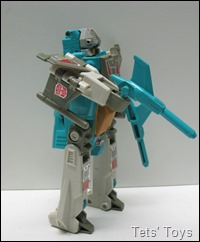 What I loved about the Headmasters was that their heads transformed into little pilots for the vehicle, or in the case of the Decepticons, trainers for the beast modes.  I preferred the way the Japanese continuity dealt with the story though.  I just didn’t really make sense for the Transformer to combine and allow a totally different being to control their body for them like in the US/UK story.  Anyway, as you can see, Brainstorm is a wide robot.

Remember these are Generation One toys, so a certain amount of chunk is expected.  He comes with two guns and his pilot, Arcana, supposedly the guy who engineered the Headmaster process.  I quite like the look of the robot mode for this guy  to be honest.  He has enough details on him to keep him interesting.  He is slightly taller than a modern deluxe. 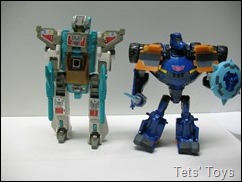 Arcana is a fairly well sculpted little fellow.  I think the heads of the Headmasters usually come out looking pretty good for such little guys.  Sure, articulation isn’t anything fantastic, but they do come with up/down movement in the shoulders, which was added as it isn’t needed for their head mode.  The legs are relegated to what is needed for transforming and the knees are pinned together.  The chest is always nicely sculpted and they all have a panel that folds down to cover the robot face on their back.  Unfortunately this gets loose over the years and most will fall covering the robots face when it’s being used on the main robot. 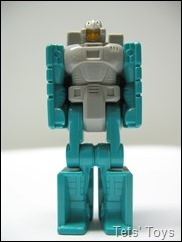 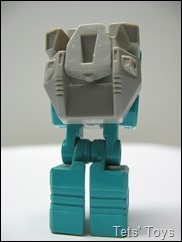 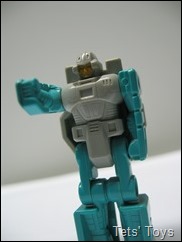 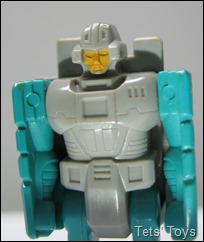 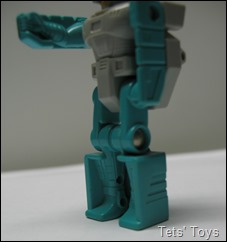 One thing I find most odd in the design though is the arms.  there is a solid corner in the underarms, which pushes the backpack back from the front of the figure.  This causes avoidable stress on not only the chest and back, but also the shoulder joint.  As a result, I have seen more than a few Headmaster heads missing an arm or two.  I have a Grax who is missing an arm and sadly it’s needed to give the side of the robot head a side. 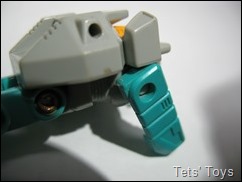 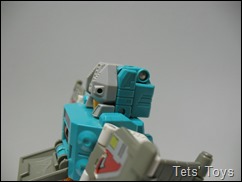 The head mode is pretty cool though.  I do like the details that are sculpted on there to give them all great personality, but considering how the heads are a lot larger than other G1 heads, which have some great sculpted detail as well, it’s not an amazing feat on these big boys. 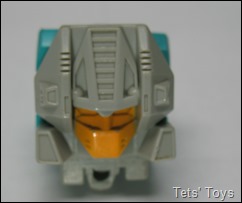 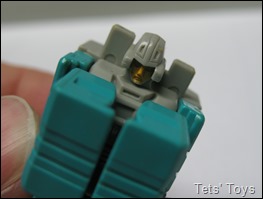 I do wish that Brainstorm’s eyes were a different colour to the rest of his face though.
The head becomes the neck (of sorts, no movement though) and the square plugs on the shoulders of the little robot help with the stats gimmick that was a big thing on the head masters. 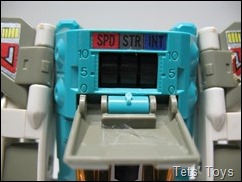 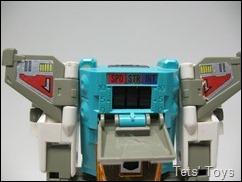 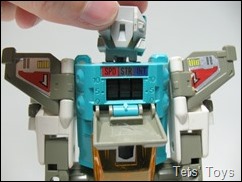 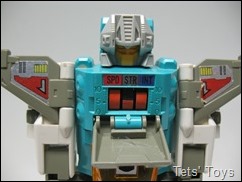 The robot mode looks a bit dorky without the head and they don’t have any necks, so until the head is there, it’s chunk-city. 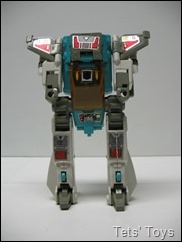 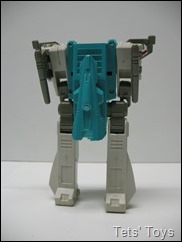 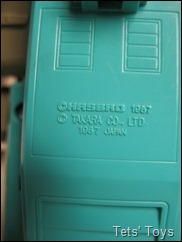 You know I think even from the back, old brainstorm looks pretty cool, despite having the nose of his vehicle mode hanging off him.

For me though, vehicle mode is where the love is.

let’s check him out. 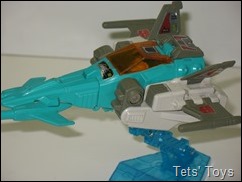 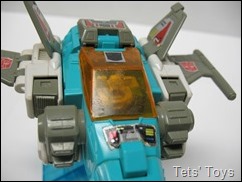 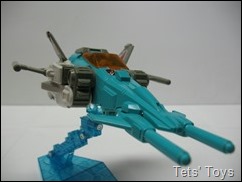 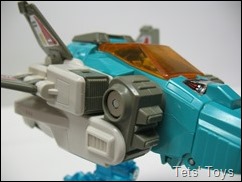 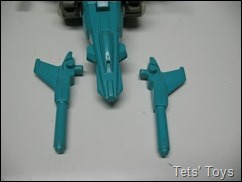 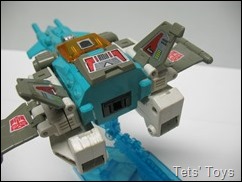 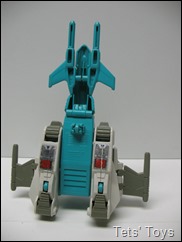 He looks like a very convincing future jet thing.  Nice.  The guns on the side of the nose come off to form the robot mode guns.  There isn’t that much ambient sculpting going on, but there are a few nice simple touches such as vents and air intakes about the place.  As my one is getting on now, I have noticed that his thigh joints are incredibly stiff, I'll have to look into finding a way to lubricate them up a little.  Even the back looks fine with the port for the head there.  Brainstorm also has some little wheels on the bottom for rolling along the floor when required.

Of course Arcana can sit in the cockpit of the jet for fun flying action! 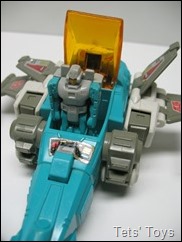 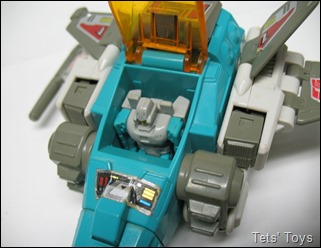 Transformation for this guy is simple, believe me instructions are not required as you’ll be able to work out what goes where just by looking at these pictures, but it’s quick and fun and works well in the middle of play battle.

I really love this guy.  In fact I love all of the Headmasters I have come across in the plastic.  For me, the little pilot really adds an extra dimension to play.  Now, not only do you have big robots to smash up stuff, you have little human sized dudes to go into bars and pick fights with other aliens, then they all run out into the street and OH MY!  Arcana can suddenly finish the bar fight in control of a big jet sized robot.   Sure the colours might be a bit naff, but you can’t deny that he definitely looks like an Autobot.

With Brainstorm especially I like his future Jet mode.  It’s very very cool and to be honest, I would LOVE to see Hasbro/TakTom revisit the Headmasters (with working Headmaster Gimmick) in the Generations line.  how sweet would a modern engineered Headmaster toy be?  After all they have done a TargetMaster and successfully re-issued Fortress Maximus.  Obviously I am not the only one out there who loves the Headmasters.
Posted by Tets at 18:41