Oh My, what a gloriously horrid pun this one makes.  That’s right Ladies and Gentlemen While I battle a crippled computer and a passing typhoon, I while away my time taking pictures and typing on a horrible little USB keyboard as my crippled computer’s keyboard has given up on life.  Oh well.

Today I present a review of the Transformers Black Convoy Pen, licensed by TakaraTomy and created by Sentinel toys.   They’ve been pretty busy lately I see and have managed to take my money on a number of occasions now.  Panty, Stocking, Gurren Lagann and Blodia (which I will get to one day) have all been nice pieces, well Panty and Stocking could’ve done with stronger wrists, but Sentinel’s robot designing has been fantastic.

As is this guy.  So, is he worth the effort and cash?


I got mine from Amazon and it was shipped in a large box.  I was terribly excited, then I opened the box and was a little underwhelmed. 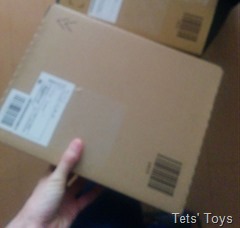 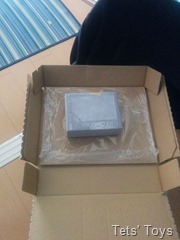 What?  Talk about yer over packaging!

The box the toy is in looks fairly nice.  Pretty black.  Which is good for a Black Convoy I guess. 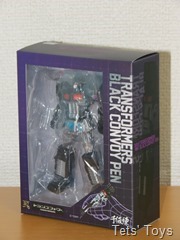 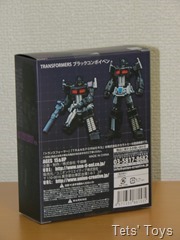 Once out of the box, my first thoughts were “Wow!  Small…”  Which I guess isn’t that great a sign. 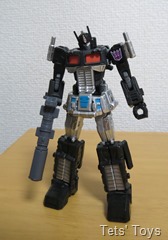 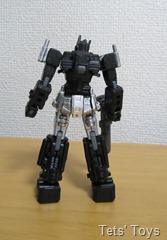 While small, he does have plenty of details on him, which is good as he doesn’t have that much in the way of colour.  They’ve sculpted in the usual Optimus details such as ab grill, nipple windows and collar lamps.  He even has a few details for the bumper area in the typical aqua of Black Convoys. 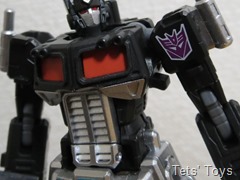 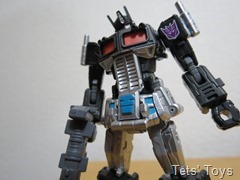 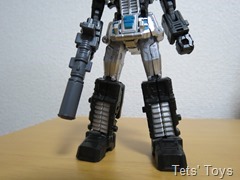 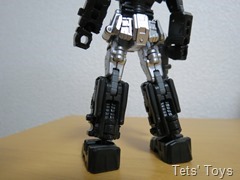 The head sculpt is pretty nice, although a  little hard to check out well due to tall the black. 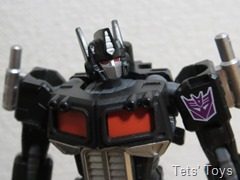 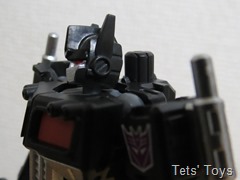 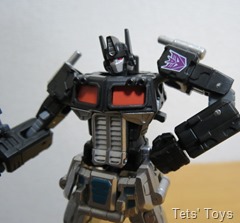 On top of that there is a lot of clearance between the top of the chest to the bottom of the head, allowing for a lot of movement and giving the guy a lot of expression.  That guy’s got SASS!
Ok, so you know this guy turns into a pen right
Well the good news is that because of this they have spent  all the design budget on the robot mode.  Which means it makes a great action figure.  The joints aren’t hindered by any bits of sculpt or alternate mode parts allowing for some very cool and action poses aplenty!  He may look like he is wearing a nappy, but I like to think of it as Lappets (the roman army’s dress piece) and it is articulated to get out of the way of the thighs for the most part without breaking the look a lot.  The balance is also pretty good allowing one legged poses easily too. 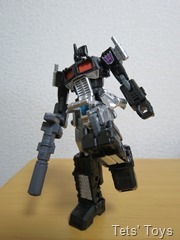 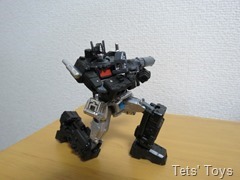 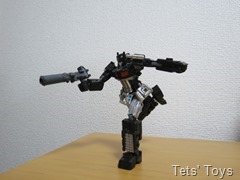 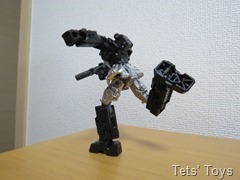 The Pen nib is contained within the cannon.  Hmm, I wonder if it’s still an Ion cannon?  So if you felt that way inclined, you can turn the gun into a syringe.  Or bayonet perhaps.
Uh-Oh swerve, what are you up to? 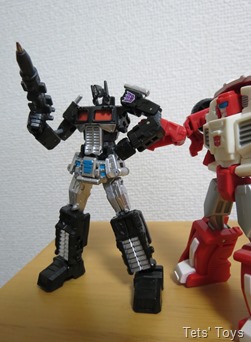 “Hey Buddy!  Could I borrow your pen?” 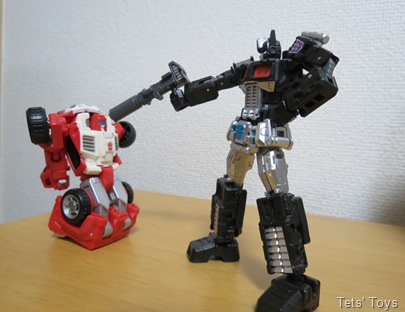 As you can see, he is pretty small.  Which is something to take into account. 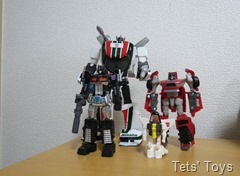 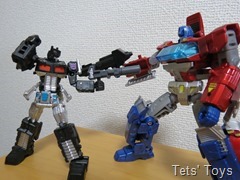 Let me start this section by saying this.  Transformation is a pain in the arse.  Fiddly and lots of little bits but it is required to lend strength to the pen mode.  Oddly enough I had to get a pen to push out some panels that I wouldn’t have otherwise been able to nab.   Dammit.  I gave up on my first attempt because it was annoying the hell out of me, plus the instructions are pretty poor too.

So leave it for an afternoon and what do you get? 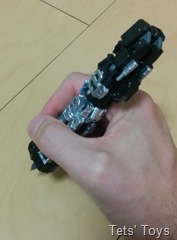 The end result of using this pen 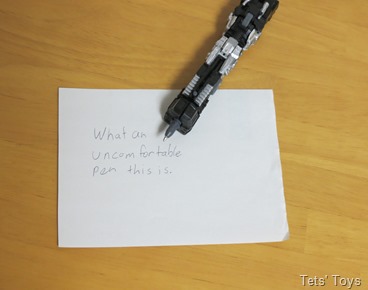 So rather impractical, a pain to transform and it doesn’t hide the robot mode at all.  0/10 for Alternate mode.
So it’s a good thing that this guy is a pretty damn cool robot in that case, as he totally fails as a pen.  However I think I discovered another possible form for him. 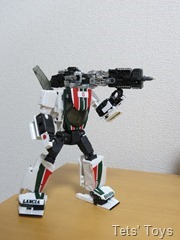 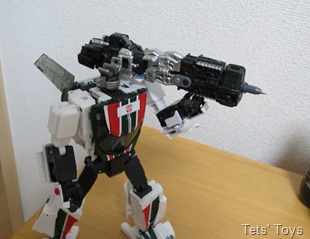 So I guess I should wrap this up now.  Black Convoy Pen man.  He’s a sucky pen but a damn great robot toy.  A novelty and by no means a necessity, but kind of cool in his own way.  Buy him if you find him super cheap, or you like to waste money.  Or if you like stationery.
Posted by Tets at 22:34