Rolling along with the translations, here is one I’ve been eager to do for one main reason.  To find out HOW the Headmasters lost their bodies.  So after putting it off as it looked tricky, then starting it thinking it wouldn’t be that bad, then getting stuck on trying to make sense of the pseudo science that makes up the explanation, I finally have it completed.  This is a web comic, not included with any toys and is available in the original form on TakaraTomy’s Transformers Legends website, but in the very likely chance that it will disappear (like the bio info for Micron Densetsu did), I have the original comic, English arrowed version and arrowless version.  Notes at the end of the post. 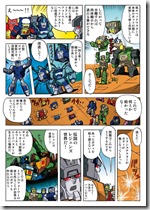 And next, the English version with arrows 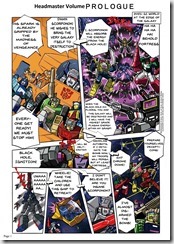 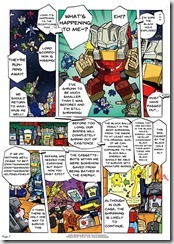 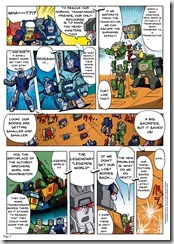 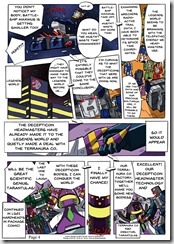 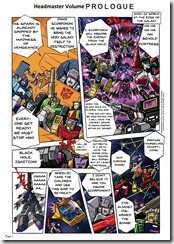 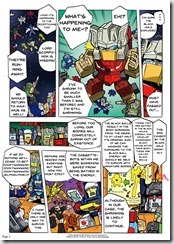 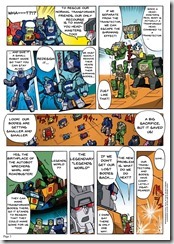 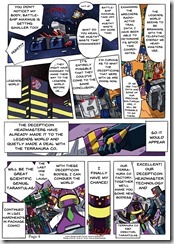 Extra Notes:
Sadly nothing all that exciting and I found the actual reasoning a bit plain.  However, the unfortunately named Black Balls are actually a thing referenced before.  A series called “Transformers PD Type” has Chibi Tfs collecting Blackballs for the power they contain.  I think  this might be a reference.  I asked Mr Sakamoto on twitter, but sadly haven’t received a reply as of yet.  Or it could just be a Japanese mini-pun.  The only difference between the word black hole and black ball is a “    → ブラックホール Burakkuho-ru  and → ブラックボール Burakkubo-ru

In the final panel where Tarantulas is talking about conquering the world there is either a Japanese clever pun, or a typo.  the Kanji “制服” （せいふく – seifuku) is used.  This character means Uniform, or Sailor fuku(clothes, think of Japanese schoolgirl outfit for best imagery).  However the pronunciation also matches “征服”, which means conquest/subjugation.  Taking Mr Sakamoto’s sense of humour into account, could that have been deliberate?    I notice when I type it on the keyboard, the first character selection that comes up is uniform meaning, so it could just well be lazy.  Hrm….
Posted by Tets at 15:45