I’ve been a bad bad boy…

OMG! Simply a massive selection of totally awesome goodies arrived today!  How awesome?  Well I really hate the way people slap the word ‘totally’ into sentences as a form of exclamation, but I have used it.  That’s how awesome! 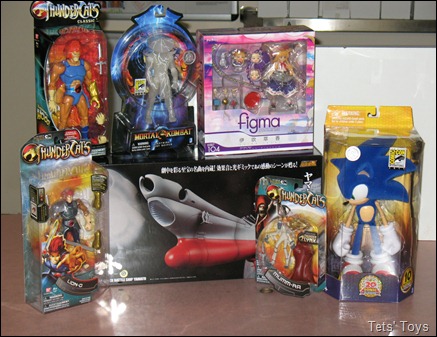 So what do we have then?

Well, my Thundercats came in. 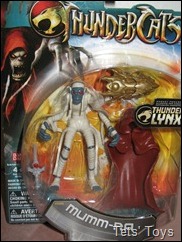 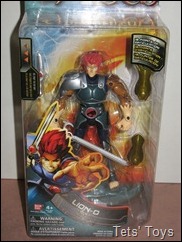 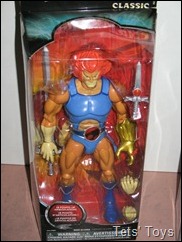 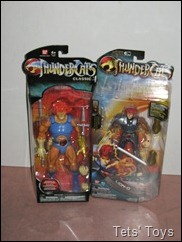 Wooo! the 20th Anniversary toys of Sonic the Hedgehog from the San Diego Comic-con! 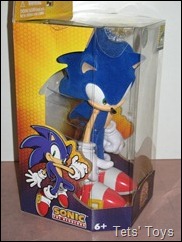 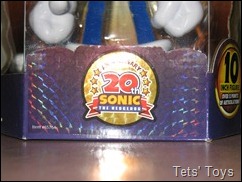 I initially thought I would be in the midst of a dilemma on this.  To Open or not to open?  What makes it special (aside from the stickers, is that he has flocked hair!  I thought it would be the 8 inch version of the toy, but it turns out he is 10!!  Review coming sooooon! 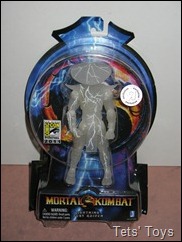 “Lighting Fury Raiden from Mortal Kombat!  He glows in the dark!  Made by Jazwares as well.  They also make the Sonic figures.  He looks pretty cool too!  Ever since falling in love with Scareglow, I have had a hankering for some Glowy goodness!

Raiden glows Blue by the way. 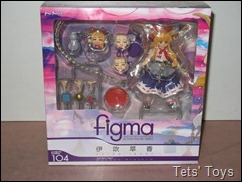 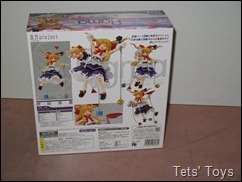 Figma Suika from Touhou.  She is based on the good old Japanese Youkai (myth monster) known as the Oni.  English equivalent would be an Ogre I guess.  I think she is an exclusive, as I had to go to a special dealer for this.  Pretty happy though.  Chains and weights, gourds of booze and a sake cup, best of all, an alternate face with dribble off her mouth!  Ha ha ha!  Love it!!

Finally, the brilliant Soul Of Chogokin 宇宙戦艦ヤマト Or, Uchuu Senkan Yamato, or to us English folk, The Argo from Starblazers!!

After finding out about a live action movie of this in Japan last year, I managed to watch it last week, and it is pretty good.  Even with the irritatingly popular Kimtaku as the main lad.  So I have now been chasing down the cartoon, and then this awesome model of the Yamato with amazing passion.  Starblazers was the show that made me want to be a ship’s captain when I was a kid and I must admit I still think it would be pretty cool to be the captain of a ship with a small fleet of jets and MASSIVE HUGE WEAPONS at my disposal.

Nice box presentation to it.  Hmmm, plasticy protected.  It has cool lights and stuff going on too.  Will have to spend some time and do a nice review on that baby!

On slight side note, check this out. 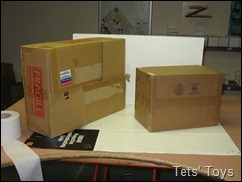 Email ThisBlogThis!Share to TwitterShare to FacebookShare to Pinterest
Labels: Other toys, retro