Had a lazy day, went to a little toy selling fare that I rock up to every now and then.  Made some $$ caught up with some pals.  Surprisingly I didn’t spend a lot today! HUZZAH! 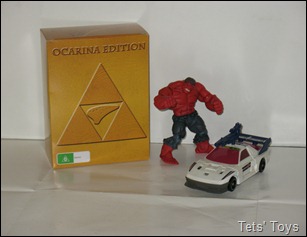 At the fare, managed to get a little Red Hulk.  I have been eyeing this figure off for a while, but didn’t (and still don’t) want to pay the $18 the shops normally charge for it. No-one wanted it, so the seller dropped it to $5!  That’s more like it!   A G1 Getaway complete from a pal ‘o’ mine and after a few phone calls, The Legend of Zelda Ocarina of Time (ltd. Ocarina Edition).  this was a pre-order special, but I don’t like the shop that sold it, so I didn’t preorder it, but it looks pretty cool and if you register your Aus Zelda with Ninty before the end of July, you can get a free CD soundtrack!

Went to a couple of shops and they didn’t have it, but one place did.  Hooray!  this is what you get! 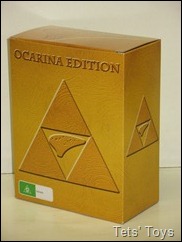 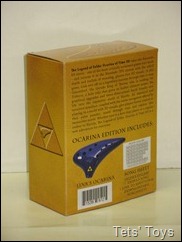 Front and Back of the box. 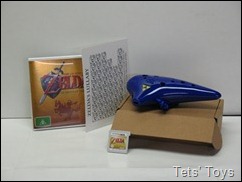 Inside the box.  Game, cartridge (same ize as the DS ones!!), Tune guide and the Ocarina!! 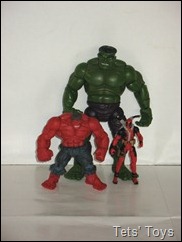 The Red Hulk.  I know nothing about him, but I do like the Hulk so woo!

What do these three toys have in common?

1. They are Marvel characters.

2. They all have RRPs of about $18.  The Deadpool was from the Wolverine Origins movie line and Red is set in the same scale, so the cost will be the same.  Definitely $18.  The Green Hulk is part of the cool Marvel Legends line  by Toy Biz and the sad thing is, that line cost $15/17 about 5 years ago!  How ripped off is that?  That’s what happens with Hasbro in control now I guess.

RH is nicely sculpted, but his muscles get in the way of articulation.  Mini-review in the works.

Finally a beautiful, sexy G1 Getaway.  Man I have always wanted this guy, but never really bothered searching for it.  Thanks to a good pal of mine, I have one.  It has all his bits, but is a little yellowed from age.  Aside from that though he is in pretty sexy condition.  Glad to say it’s as fun as I thought it would be.

He comes with Rev, his Powermaster who unlocks the car so it can transform into robot mode.   I like the character of Getaway and the robot mode was always cool I thought.  What I didn’t think was that the vehicle mode was as cool as it is.  It’s just a racing car, but it is remarkably fun! 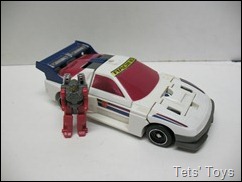 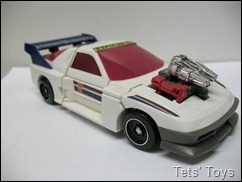 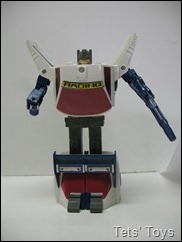 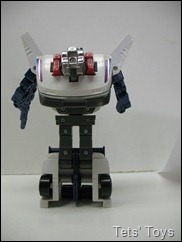 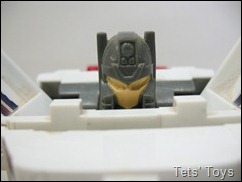 So not much in quantity, but definitely quality!!  I am a happy chappy.