‘Twas the night before Christmas and all through the house, not a thing did move, not even a mouse.

Probably because it was hot.  So we decided to use the list in the paper and check out some of the entrants to the annual Christmas Lights decorations.  Some were good, some were ok.  Some were excessive.  Here are two that I could be bothered photographing.  I just enjoyed having a nice walk in the cool(er than home) night air.

Ok, the first one I feel was one of the better displays.  They didn’t have a huge garden to display it all on, but I think they did a good job coordinating colours and decorations for a great effect.
Well done chaps! 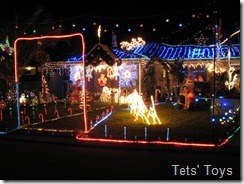 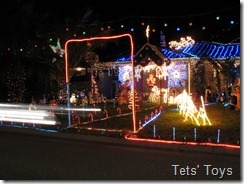 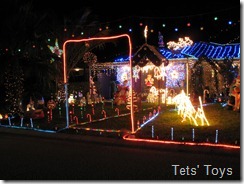 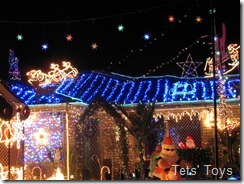 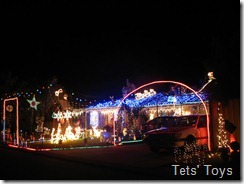 Ok, next on the list was a place that was a bit trickier to find, but once you were in the general vicinity it was hard to miss. The amount of garden it covered was HUUUUUUUGE!  Around the corner of the house and all along the front, I believe you could compare it to the equivalent of three front yards in my opinion.  These guys had a lot of lights set up and a good variety, but the balance wasn’t quite right and there were too many inflatable Santas kicking around the place.  they do get points for having these cool triangle star thingies on the verge though and one must admit they did have a lot of space to cater for.  Extra points for having a Christmas tree set up in the driveway too (it even had a toy train set up to run around it), but the train wasn’t on.  I was impressed by the big wooden panels on the side of the fence that looked hand made of Santa in his sleigh with the reindeer working hard.  They had lights on the outline as well.  good work guys!! 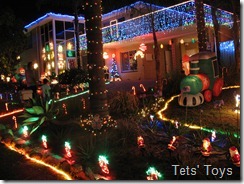 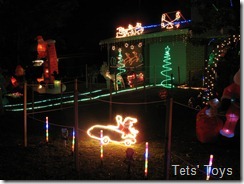 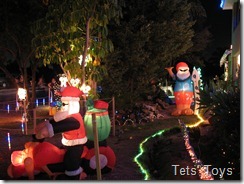 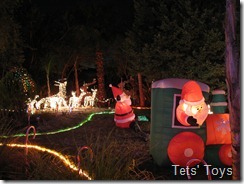 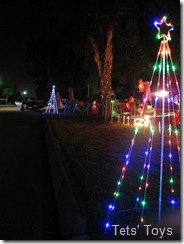 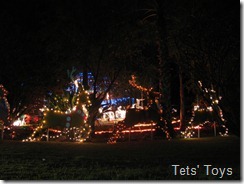 Finally, although this wasn’t Christmas eve, these were taken the Saturday before as we decided to go for a nice dinner in town for a semi-celebration of finishing study.  The city usually sets up some Christmas lights and since I hadn’t been in the city for a long time, we thought it would be nice to have dinner there and walk around having a gander at the lights.  Of course, being Perth and Saturday after 5pm, there were few people around and no shops open.  Suited me fine! 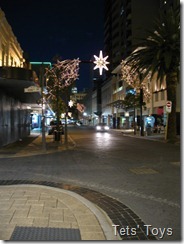 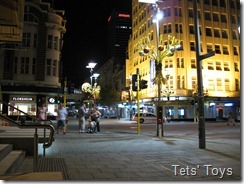 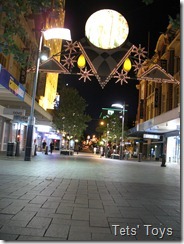 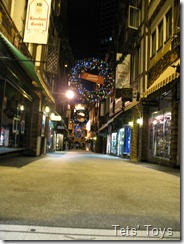 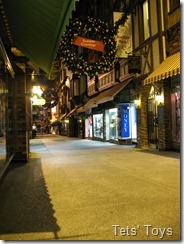 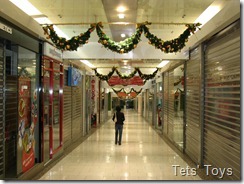 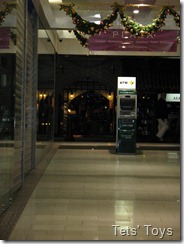 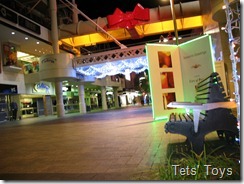 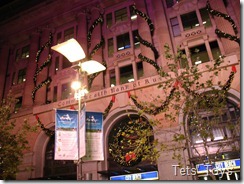 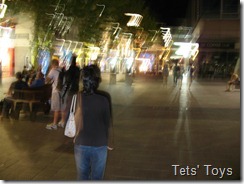 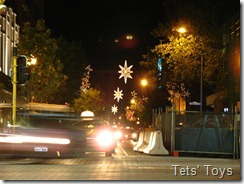 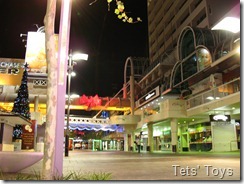 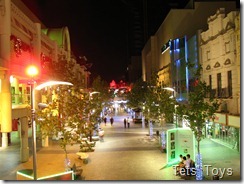 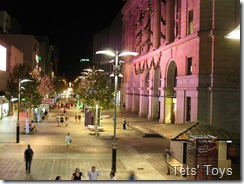 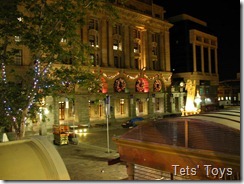 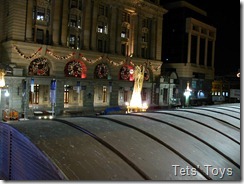 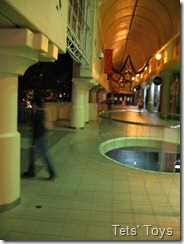 So there we go.  Some good Christmas Lights going on there.  I have quite enjoyed this night-time photography exercise.  I will have to start a bit earlier next year and try and get some more houses and a variety into the mix!
Posted by Tets at 02:49