Rounding off my War For Cybertron set of figures comes the guy that has had the most sculpting work done on him for sure.  Again, his size is of a deluxe variety, due to the initial limitations Hasbro put on the Generations line, but the design is very complex and I believe it would look quite at home as a voyager to be honest.


This is quite a well designed toy.  You can tell that a lot of work has been put into it, the moulding is nicely detailed and the articulation is pretty damn fine.  A lot of it is due to the complex transformation that this toy goes through between forms, but some has been included as a bonus. 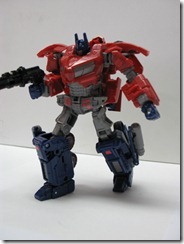 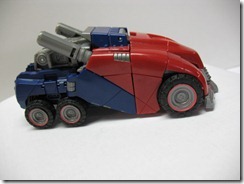 With the game being set on Cybertron before the Transformers came to Earth, this Optimus has a pre-Earth mode.  It matches quite nicely with being a new mode, but also being in the same style as the War Within comic book style from the now defunct Dreamwave comics.  The truck mode os more like an armoured truck than a hauling truck, but a this one doesn’t yet have  a trailer to haul around, and he is really needing his mode for battle, it makes sense.

As I said before, the robot mode has a lot of articulation.  Ball jointed ankles are always a good start, and the fact that he has a hinge for his toes makes them even better.  Plenty of movement in his arms and legs.  The way his ‘belt’ holds all the chest and waist bits together prohibits waist twisting, but this is a minor problem as it can usually be compensated some other way.  He has good moulding details, I especially like the way he has an Autobot symbol-like detail in his back when you fold the flap of the truck down.  this bit is visible in the game and its a nice touch. 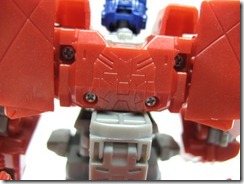 His head is nicely detailed as well and even though the ‘ears’ are a bit long, they follow the game styles very well. His eyes have light-piping which due to their size can be a little hard to activate, but looks good! There are pegs and holes at odd places in his body and I was wondering what they were for, until I had a look at his Ion Rifle.  The rifle is nicely done as well and folds in half for convenient storage while he is in truck mode.  Yet it can be used for much much more.  Fold it in half and fold his fist away and the gun can be mounted in the same way the guns in the game are used i.e as part of their arm.  Trying it in various configurations has allowed me to mount over both his shoulders in various styles and they all look pretty cool.  I recommend experimentation!  Naturally it can be held in his fist as well.

About the only downer about the gun is the spring is made to un-fold the gun when the ammo cartridge is touched.  In vehicle mode, the cartridge touches the smoke stacks unless they are really low down, so I find the gun is always springing off the truck. 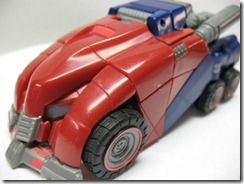 The vehicle mode as I said is a tough looking armoured truck.  It looks tough and strong and yet streamlined (for a truck anyway).  It is a fitting look for the leader of the Autobots.  The gun can be mounted on the back, with careful placement and all the panels fit together nice and solidly. Even the are that the arms and legs form which considering how many different panels there are is fairly impressive.  I really dig this vehicle’s style actually, it has the lines and  feel of circa 1930’s sort of cards in my mind.  The front has some nice details of lights which actually form Prime’s chest and it has fairly sparse paint applications.  I do like the red highlights on the tyres.  Sadly the tyres don’t fold away for the hover mode..  Maybe if he was a voyager size….

The truck rolls well and fits together nicely and is tough.  The robot mode has lots of articulation and can be put into all sorts of cool poses.  The gun has the opportunity to be mounted in various places for different effect and the body of the toy itself is well moulded with lots of nice detail, surely this is the perfect toy?  Well not quite.  Transformaton is exceedingly complex, and that means that if given to Jr. as a birthday prezzy, he is likely to have a temper tantrum as Optimus has rolled into battle, but has to pause for the next ten minutes while Jr. tries to transform so Megatron can be beaten, or Jr. then has to head off to find Sr. to transform the toy for him.  As a puzzle piece it is brilliant.  As a quick change Transformer it fails.  There are times when I have been messing around with it and have given up trying to remember how I did it last time and put it down to come back to it later.

You always will come back to it later as well. I guess that is the good thing about it.  despite the complex transformation (which I admire, mainly because role-playing with my Transformers isn’t my main style of play) the toy looks cool and is cool.  It’s a great figure.  Would’ve been nice if it was Voyager sized and having a look at the engineering, you could be able to justify WFC Megatron’s lack of (but I would rather not) and the spring in the gun wasn’t so sensitive, but it is good toy that should be owned.  I guess it could have done with a bit better paint job, but Takara Tomy’s United version should fix that.  I have to wait to find out though. 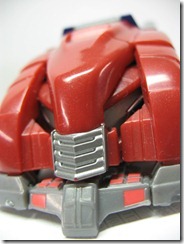 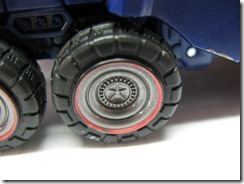 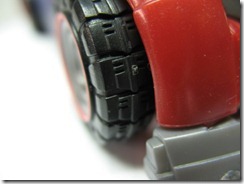 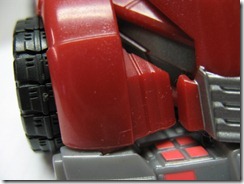 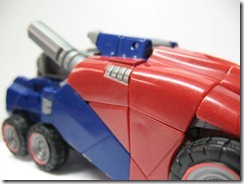 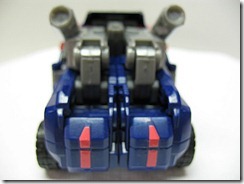 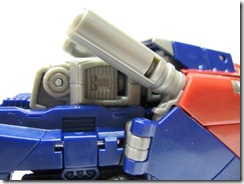 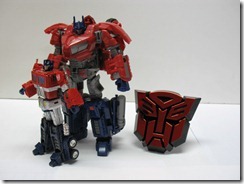 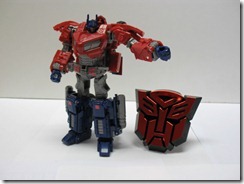 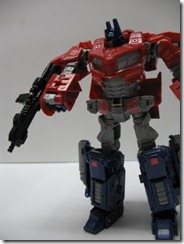 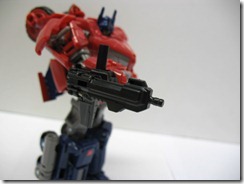 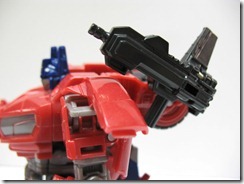 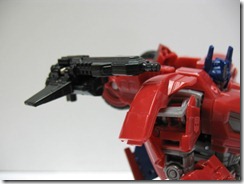 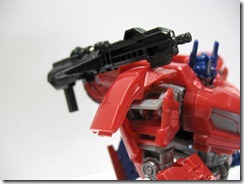 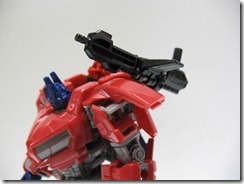 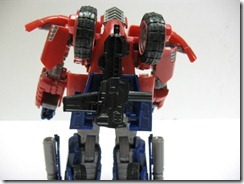 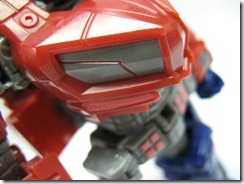 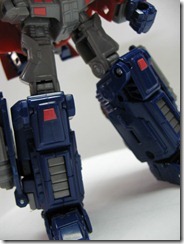 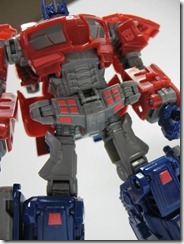 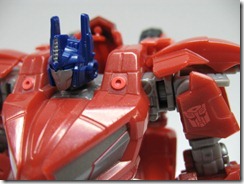 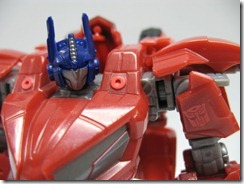 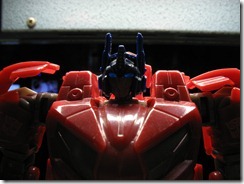 Lightpiping eyes are ace!
Posted by Tets at 03:24